The Norwegian Seafarers’ Union, the Federation of Italian Transport (FIT) and International Transport Workers Federation (ITF) in cooperation with the host union, the Associated Marine Officers’ and Seamen’s Union of the Philippines (AMOSUP) organized the very first Cruise Seminar which was held in Movenpick Hotel Resort and Spa in Mactan, Cebu on August 11 to 15, 2011. 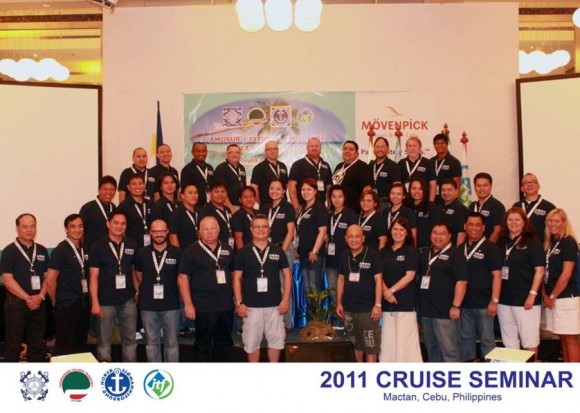 Key officials of the four unions discussed regulations aboard cruise ships and of the cruise industry, harassment and bullying onboard the union’s agreement with the shipowners and healthy lifestyle.

Seafarers shared experiences, even asked details questions during the proceedings. Some request for a one-on-one briefing by union officials on topics they cannot open up during the presentations. 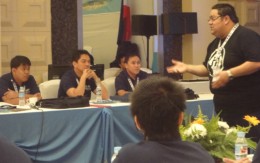 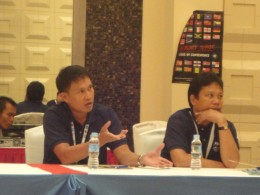 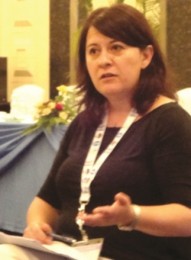 Two days of the cruise seminar were devoted to women issues (bullying & harassment) with the first day exclusively dedicated to the women participants in the group and the second day, involving interactive programs with the male participants on this important topic.  NSU President Jacqueline Smith lead the exclusive meeting with lady participants to discuss harassment and bullying experienced by women working on board ships. The ladies confirmed cases of sexual favors, verbal and physical sexual harassment’s. Ms. Smith cited that under the Collective Bargaining Agreement (CBA) , there is a fair treatment policy protecting seafarers. Discrimination on all basis will not be tolerated and may constitute cause for termination of employment.

The other topics introduced were union awareness and the CBAs, health awareness, HIV/AIDS, ILO and the IMO matters and their relevance to the seafarers as these will directly affect them especially now that the ILO-MLC is about to come into force and IMO’s STCW Convention has been recently amended.

The 5-day seminar also included group exercises and games and city tours actively participated in by the seafarers and their as well as the union officials.