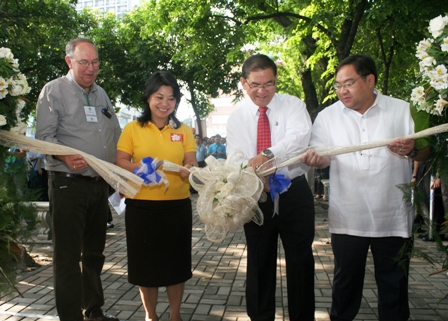 In conjunction with the holding of the IMO STCW Convention in Manila on June 21-25, 2010, the International Transport Worker’s Federation (ITF) led by Mr. Graham Young and  in cooperation with the Associated Marine Officers’ and Seamen’s Union of the Philippines (AMOSUP) and Philippine Seafarers’ Union (PSU), ITF’s maritime affiliates,  organized and held an Exposition (EXPO) from June 23-25, 2010 at the Seafarer’s Center, Luneta Park  to celebrate the IMO Year of the Seafarer. 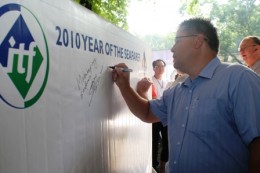 The EXPO which was opened by DOLE Secretary, Marianito Roque, was attended by seafarers and their families, manning agency representatives, officials from the local maritime industry and the international maritime community.

The event which showcased a range of activities, games with prizes and services prepared by the organizers also seek to listen to seafarers about their experiences and current concerns.

The 3 day-EXPO were participated by approximately 3,000 seafarers. 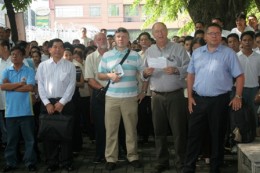 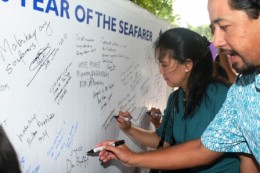