Interim guidance for private maritime security companies (PMSCs) was agreed by IMO’s Maritime Safety Committee (MSC), when it met at the Organization’s London Headquarters for its 90th session from 16th to 25th of May 2012.

“The guidance clarifies the captains position in a good manner”, says head of department Rune Mortensen, from the Norwegian Maritime Officers’ Association who attended the session.

The MSC also adopted a resolution recommending operational measures aimed at enhancing the safety of a large cruise passenger ships, as well as a work plan to address passenger ship safety matters, in the wake of the Costa Concordia incident in January.

The busy agenda further saw the adoption of amendments to the International Convention for the Safety of Life at Sea (SOLAS) and adoption and approval of other guidelines, codes and circulars, submitted by the IMO Sub-Committees. 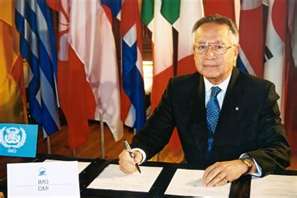 In nominating his candidature, the Government of Greece drew attention to Mr. Mitropoulos’ many achievements, which have resulted in increased worldwide recognition of IMO’s organizational effectiveness and efficiency as a UN body. The nomination highlighted his strong and insistent advocacy of a united Membership and the adoption of an effective global maritime safety and security culture, environmental consciousness and corporate responsibility, noting in particular the efforts made by the Organization under his leadership to assist in the prevention and suppression of acts of piracy and armed robbery against ships, including the adoption of guidance to shipowners, ship operators, shipmasters and crew as well as recommendations to Governments.

The International Maritime Prize is awarded annually by IMO to the individual or organization judged to have made the most significant contribution to the work and objectives of IMO. It consists of a sculpture in the form of a dolphin and includes a financial award, upon submission of a paper written on a subject relevant to IMO.

On 25th of June 2012, the international Day of the Seafarer, the International Maritime Organization (IMO) was asking people around the world to use social networks to highlight just how important seafarers are to everyone on the planet, as they transport, all over the world, the vital items, commodities and components on which we all rely in our daily lives.

In a message to mark the occasion, IMO Secretary-General Mr. Koji Sekimizu said, “On the Day of the Seafarer, let us pay tribute to the world’s 1.5 million seafarers for the unique and all-too-often overlooked contribution they make to the well-being of all of us. Let us take the opportunity to remember all those things that came by sea and which we could not live without. And, most importantly, let all of us make this the occasion on which we say ’Thank you, seafarers’.” 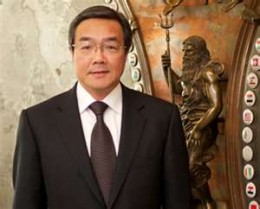 In his message, Mr. Sekimizu recognized the sometimes harsh conditions that seafarers face and encouraged shipowners and States to provide good facilities for crew and to promote fair treatment of seafarers.